What is an editing station?

There are two different ways that you can think of an editing station, and in this article we will explore them both.

Editing Station - A permenant feature of your classroom:

The first way to think of an editing station is an area of your classroom that is permanently set up for children to visit to edit their writing. It could, for example, take the form of a table in a corner of the classroom with access to resources that will support children editing what they have writen.

In a lesson, a child might come to you and show you their finished writing. You could then direct them to go and sit at the editing station and to edit what they have written. Teachers could give the child a specific focus, for example, if the teacher noticed that the child in Year 4 had not used many fronted adverbials, they could be directed to the editing station to see if they can revise their work to include more of these.

Wordbanks, posters and other helpful resources could be positioned on or near the editing station to support children indepdently editing their writing.

The other way to think of an editing station is quite different. In this second way, children as a class will have got to the point in the writing process where editing needs to happen. You would set aside a lesson where children can edit their writing. Editing stations can be useful here to focus children's editing.

The teacher would set up around 5-6 editing stations around the classroom. If children already sit in table groups, then each table could become a different station. Each editing station would be focussed on a different aspect of editing that the class need to work on. For example, having marked the children's work, the teacher might notice that the class need to work on the following editing points:

The idea would then be for the group to spend 10 minutes or so at each editing station. Resources to support children editing their writing would be positioned in the middle of each table group so that children can use them to support their editing.

Here is a diagram of what the editing station set up could look like: 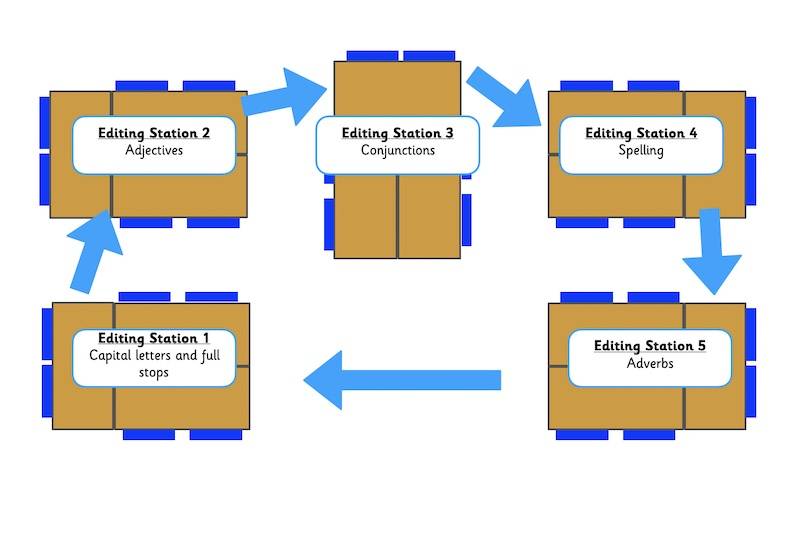 What resources would be useful on an editing station?

To enable children to edit their writing effectively, there should be good quality resources placed on or near the editing station. Here are some examples of resources that could be included:

Here at PlanBee we have created a pack which is bursting to the seams with some really helpful posters, word banks and spelling lists to help you set up your editing station. There are also some frames to which teachers can write their own depending on what their class needs to work on at the editing station. This pack is completely FREE to download - we do hope that you will find it a useful resource. 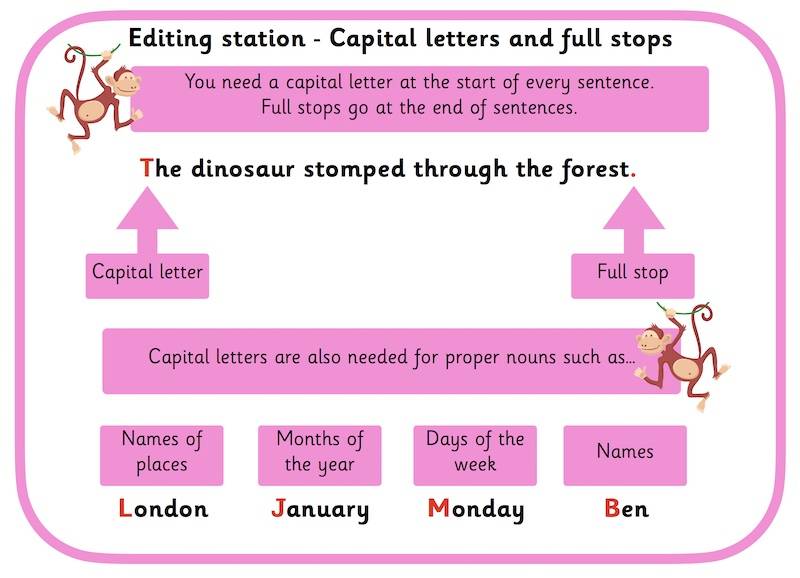 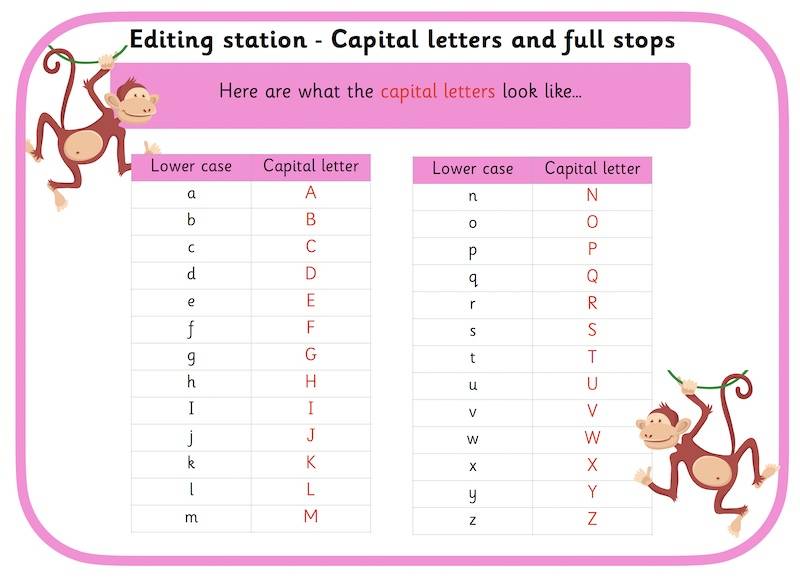 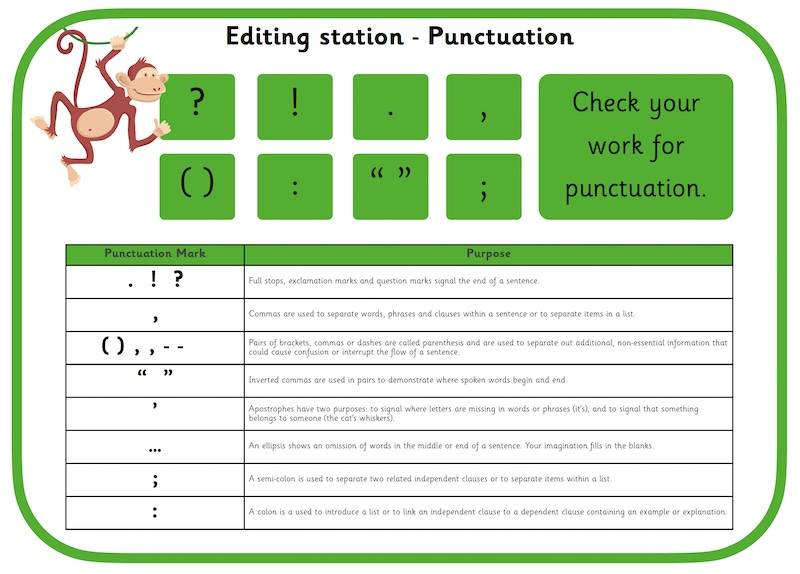 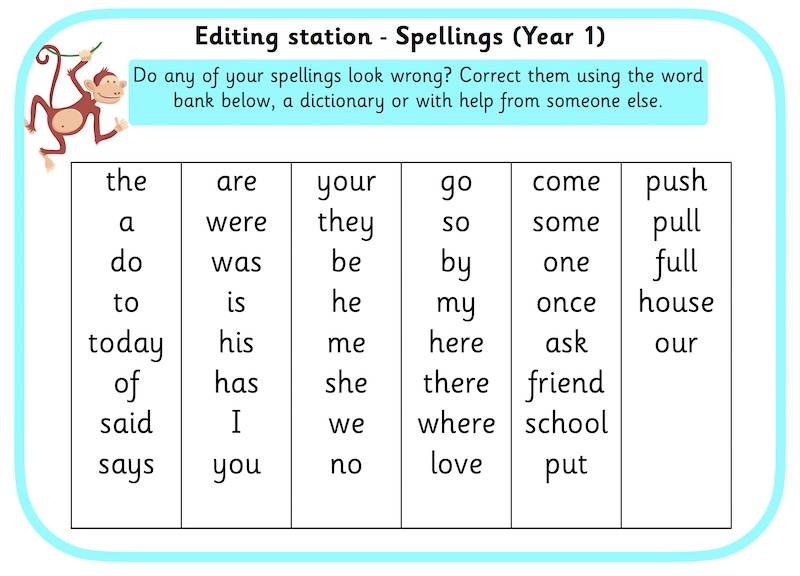 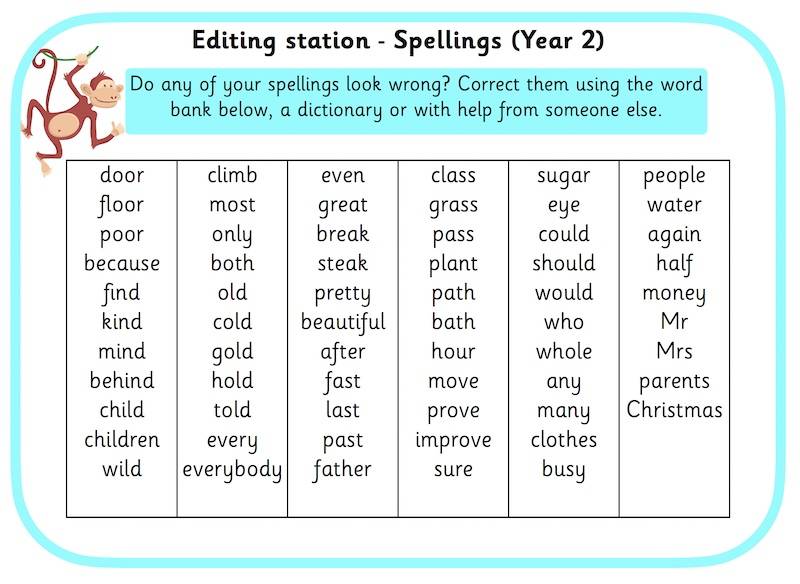 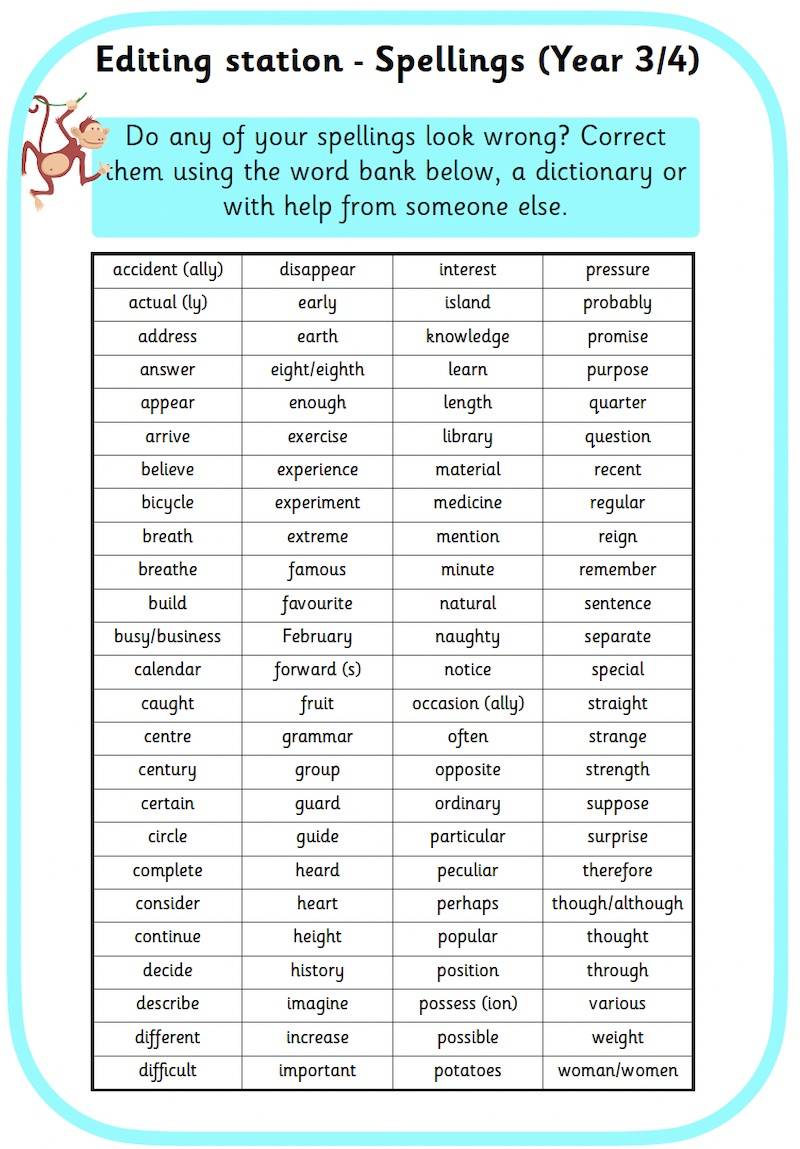 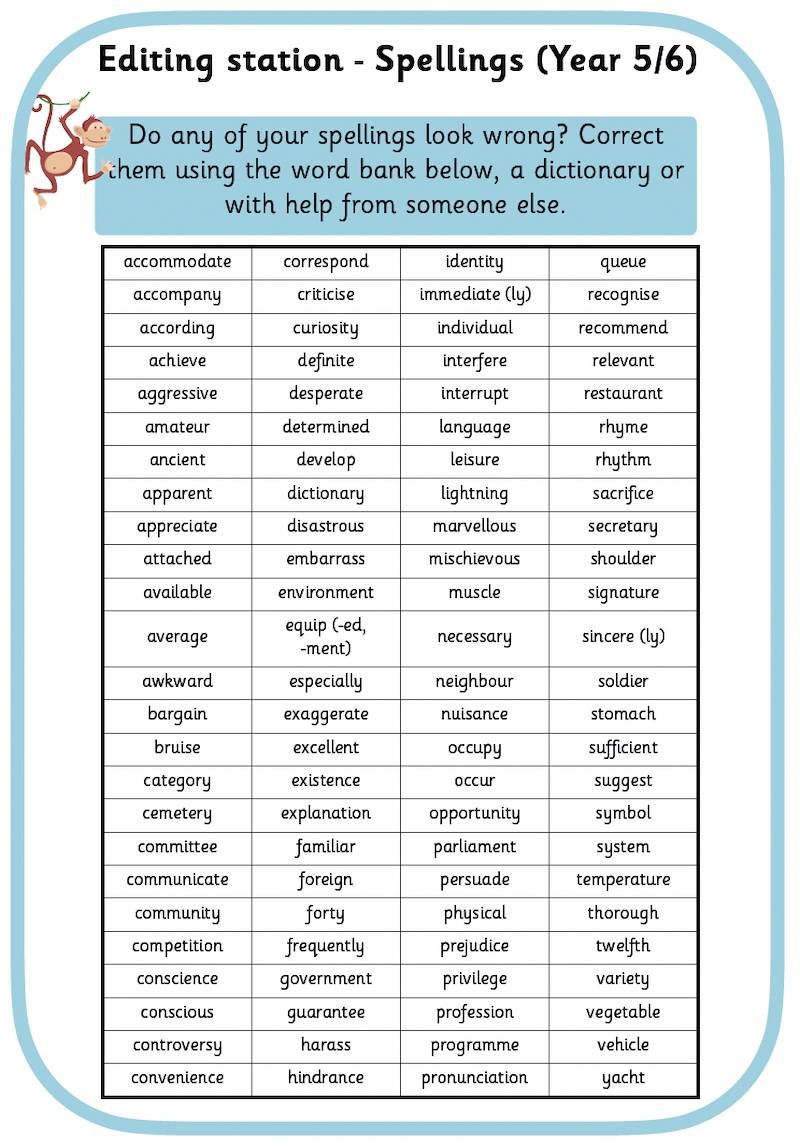 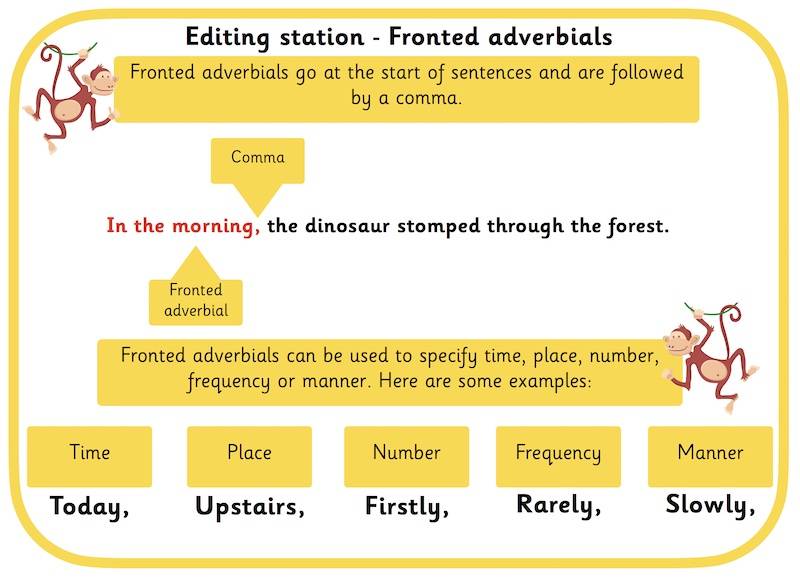 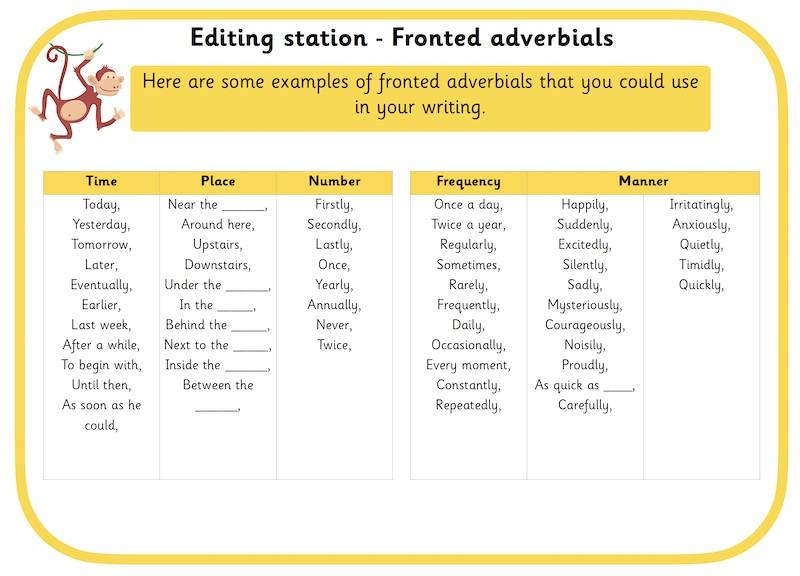 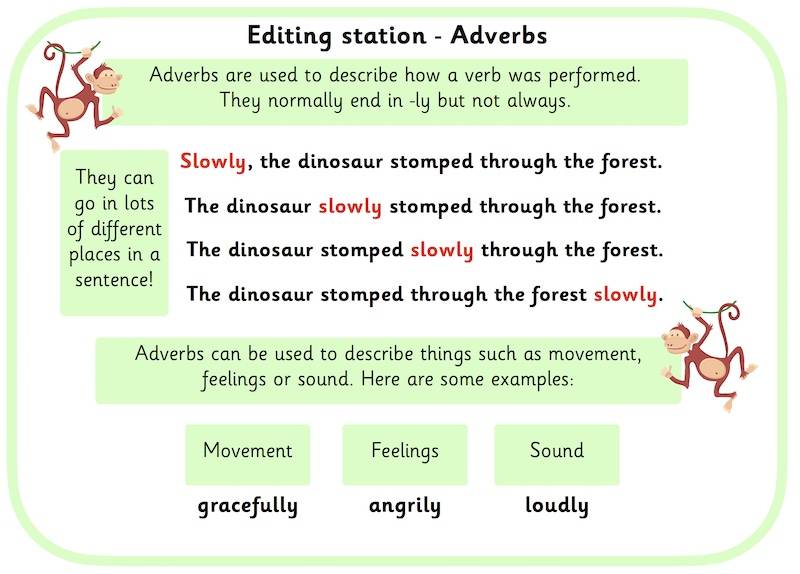 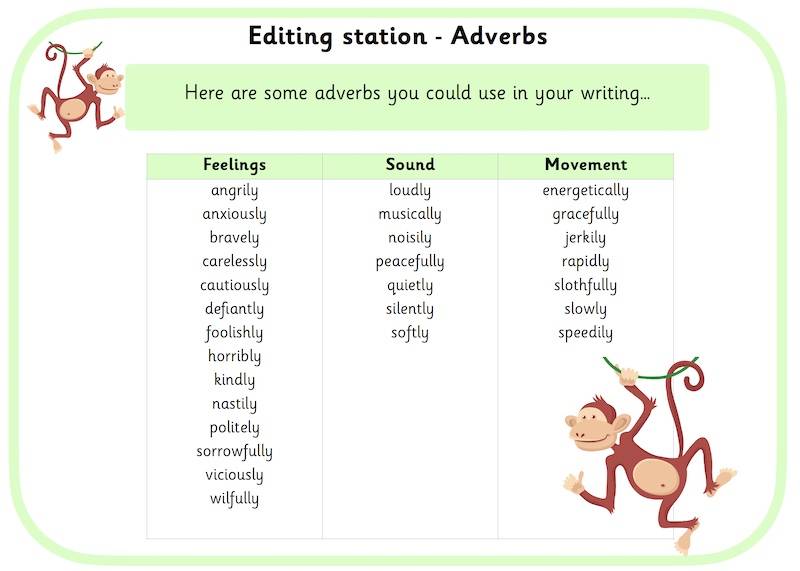 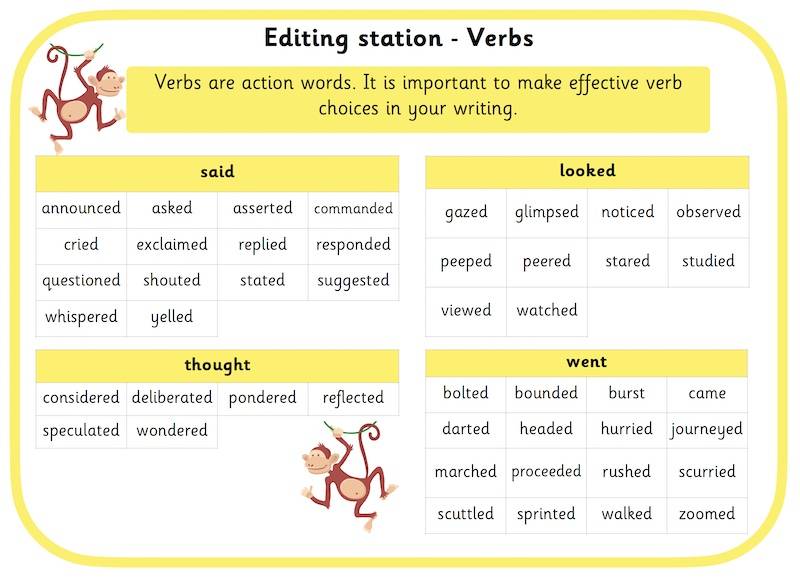 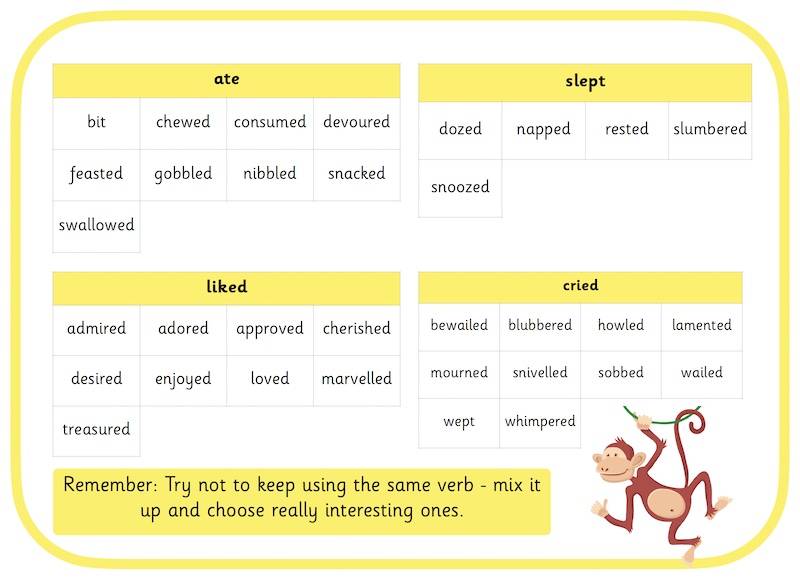 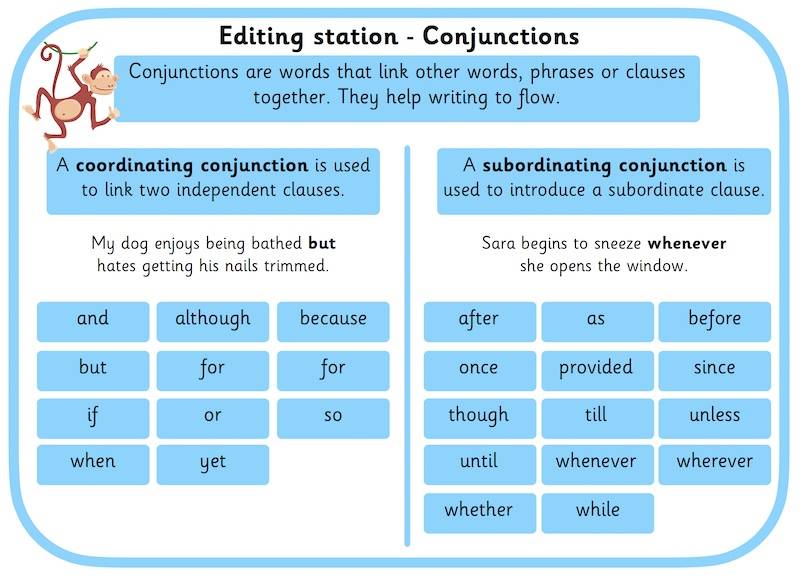 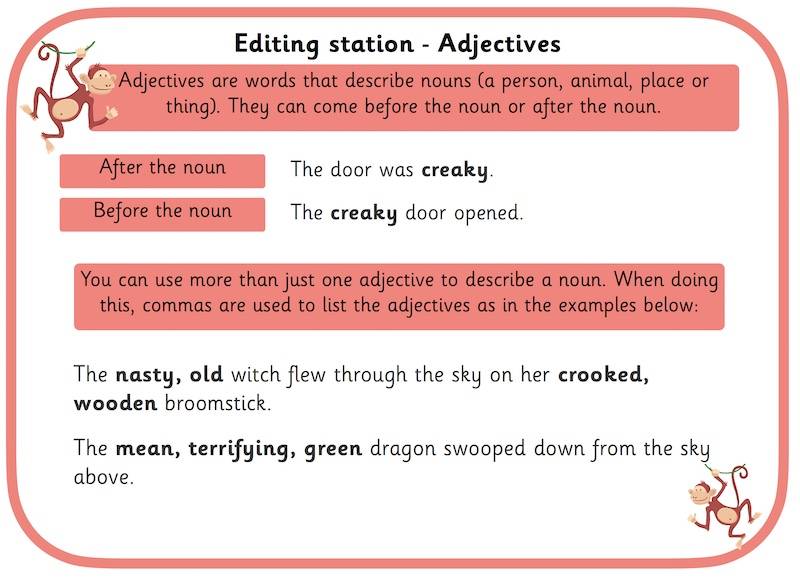 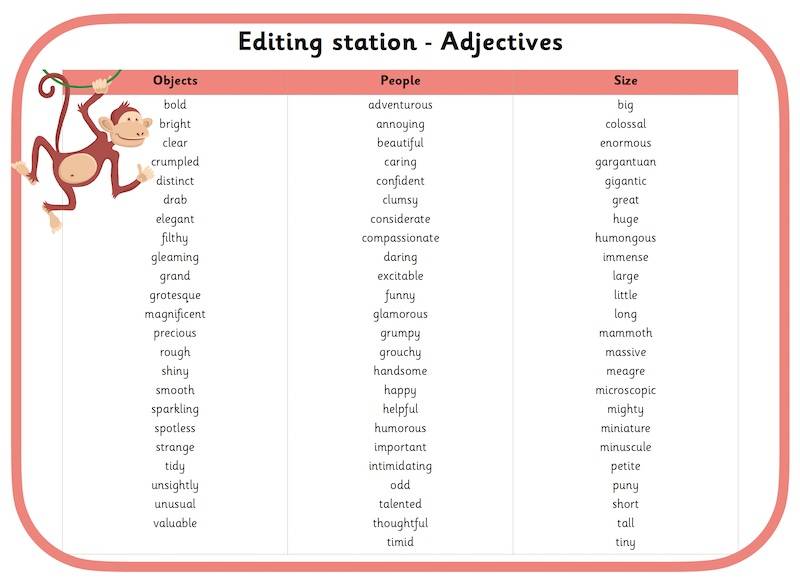 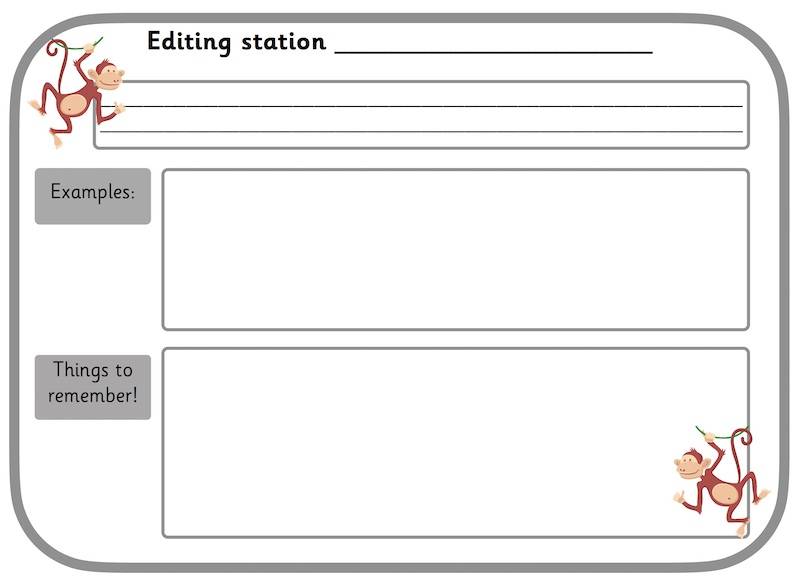 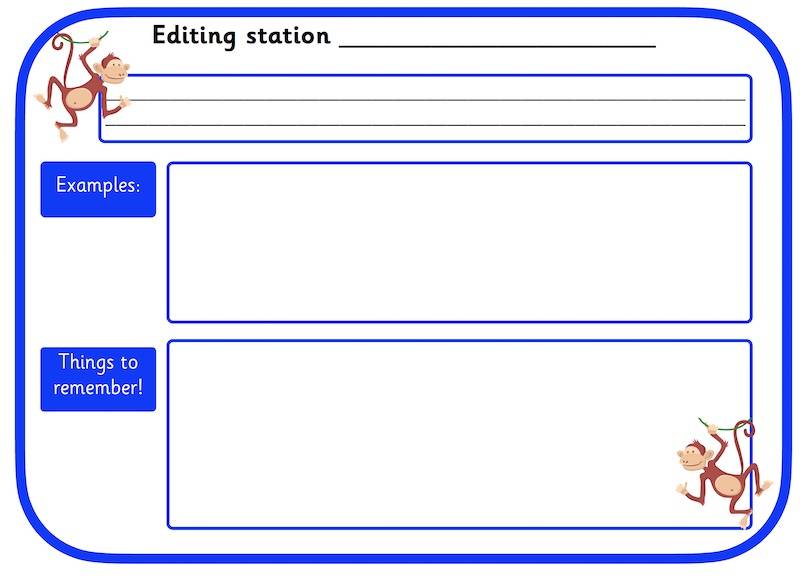 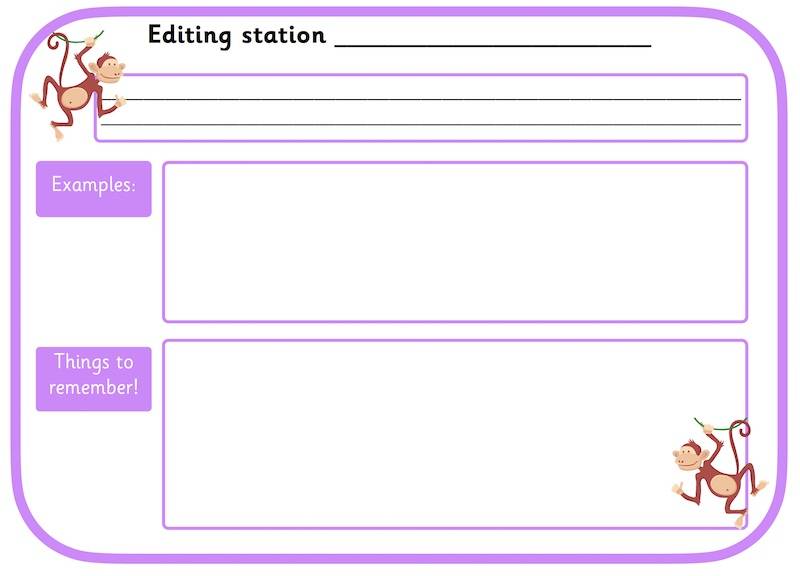 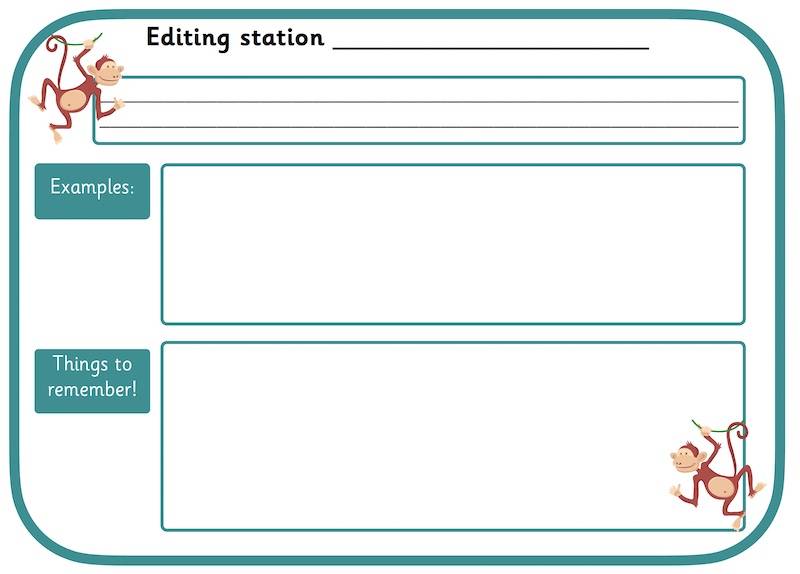 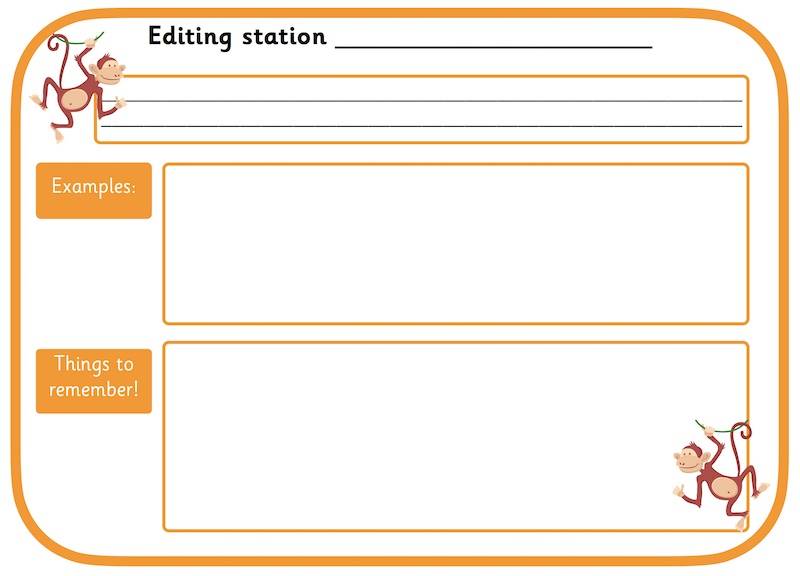 Editing station - what to do and what not to do!

1. It is essential that, if you are doing an editing lesson using editing stations, you clearly model the editing process at the start of the session. An example of writing could be displayed on the screen using a visualiser. Visit one of the stations, e.g. to add fronted adverbials. As a class, edit the shared writing so that it includes a range of fronted adverbials. Children could be directed to the resources that are available to support them.

2. Allow time at the end of the session to feedback what children have learned in the editing station lesson.

3. If children have not been taught how to use one of the features you wish them to edit, then it is not useful to include in the editing stations. Simply placing word banks and resources in front of the child does not mean they will be able to fully understand how to use that feature. The only features that should be included in the editing stations are those that have been previously taught.

4. Some classes may find the process of moving around the editing stations very disuptive and children may find it hard to keep track of resources, etc. Therefore, an alternative is to move the resources around the class rather than the children! Some teachers even use lanyards to focus children on the particular focus of each editing station. These can, of course, be passed on with the other resources. 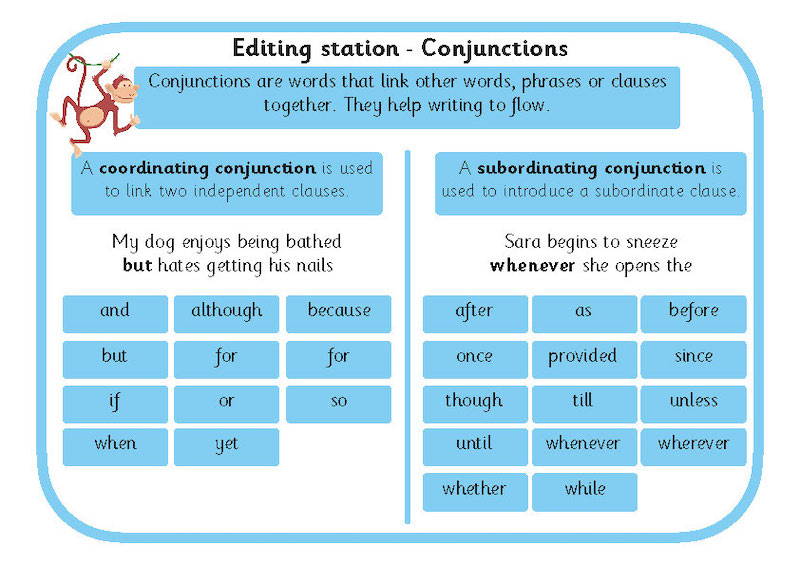 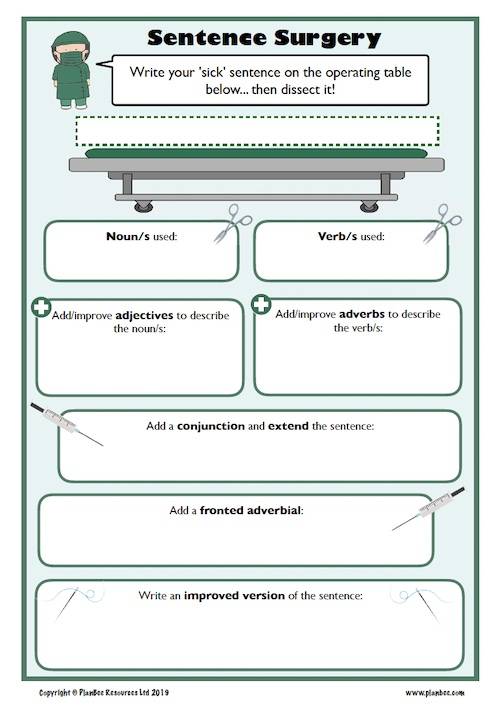 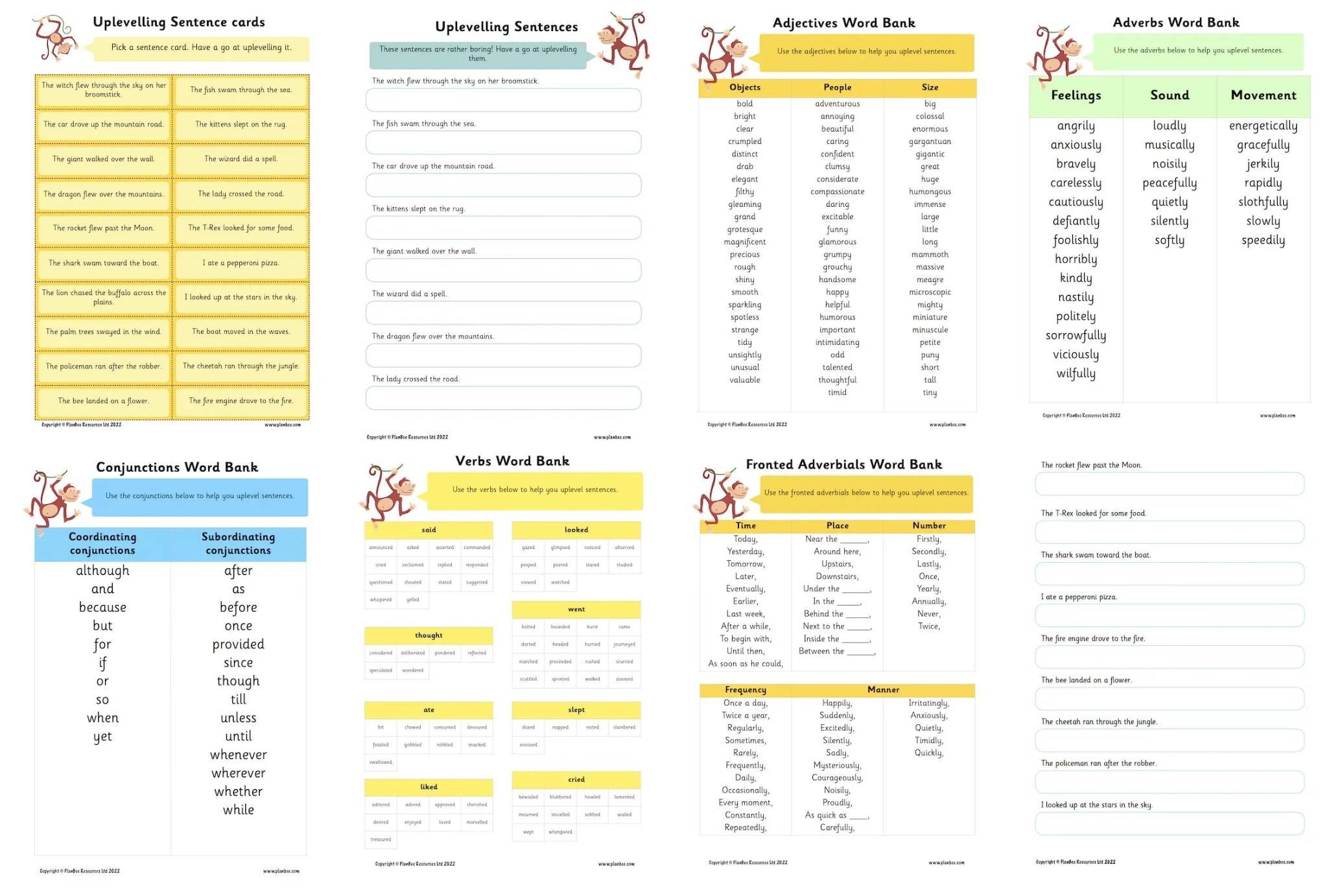